Just had the following info from Darren Hollins. He was out & about around Idwal & then on the NE Spur of Y Garn yesterday (Tuesday 28th):

NE Spur, Y Garn: 'Due to the extensive thaw, most of the powder had gone from the lower sections & the main path up to Llyn Idwal was very slushy. Between 300 - 700 meters, the snow was quite soft & hard going! After about 700 meters or so it started to become reasonably hard neve in patches. Things were melting fast though & with today's temperatures being slightly warm again I'd be interested to see how they are (Beware there is a lot of loose rock on the "Castle of the Goats" Following the hard freeze & subsequent thaw!). I'm off to investigate Cwm Cneifion tomorrow!!'

'I've got some pictures from the Devils Kitchen taken yesterday as well - I'll mail them to you later, including a helicopter rescue of some guy with a pulled muscle I think!! Went for a look up there first, before traversing round to the NE spur. I went up to the base of the Ramp & Screen, it was like standing by a shower & my better judgment told me to move away before I got speared by a giant icicle!! Some guys were on "Central Route" on the Kitchen - not sure if they finished it or not though...Hope this helps.

Thanks Darren, much appreciated!! 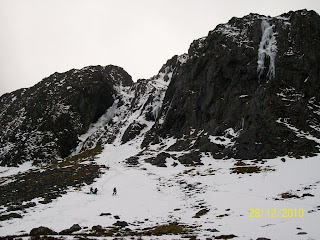 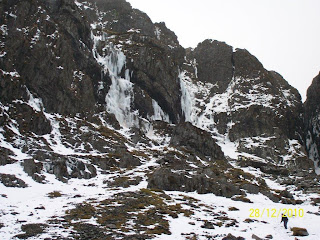 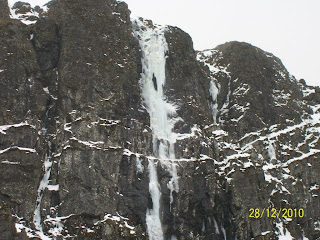 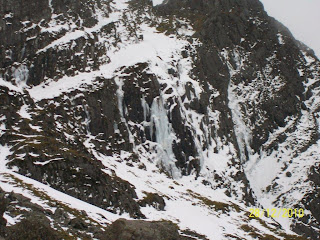 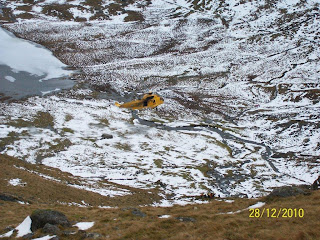 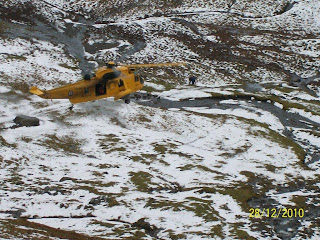