Thought I'd check in with a report from today. Me and Gareth Harvey did Tryfan's North Ridge. We geared up with crampons quite low down as the path from the road was consolidated and icy, but 100m further up we took them off again. For the rest of the day we didn't feel the need for crampons, but plenty of others had theirs on.

Cracking route anyway. When we reached the North Tower there was quite a lot of activity going on. Some people were giving up and retreating whilst others were taking the Eastern Traverse. We didn't fancy the powdery top of Nor Nor Gully so took the North Tower Direct, which was quite interesting in the conditions.

Once down at Llyn Bochlwyd the paths became icy again, and the path back to Ogwen Cottage was treacherous! 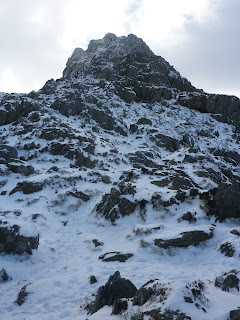 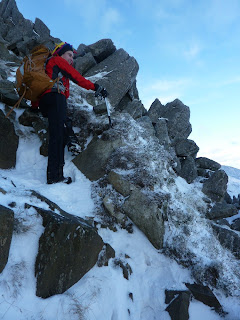