Report from Carl on Bristly Ridge

Went up Bristly Ridge today. Started up a gully a little to the west of the normal route to start, not sure of its name. We'd taken harnesses and gear so geared up and got a nice pitch out of it. It was probably a II but there was just powder snow with only hooking placements so moves which felt more difficult. A step took us out of the gully and onto the ridge. We wore crampons all the way to the plateau with the snow, mostly powdery, but more consolidated where there's plenty of traffic. Beautiful day with plenty of folk around. My mate had a slip coming down past Castell-y-Gwynt, and pulled his ankle so we cut our walk over to Glyder Fawr short and came steadily down Gribin. There were a couple of teams on left hand, Clogwyn Ddu, which looked thin! It was -6 at the car at 1600 so in for another cold one tonight. It was a spectacular day finished off with a mocchachino at Ogwen cottage. Its going to be difficult to do some work tomorrow without being tempted to have a look somewhere else! Hope you find something good on Tuesday. 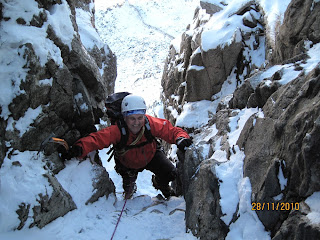 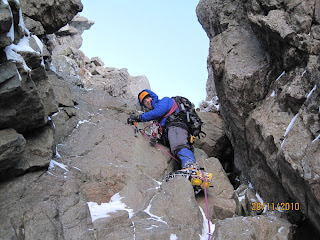