I was out yesterday in beautiful sunshine on Snowdon. Plenty of people out on the Pyg Track which is extremely treacherous the higher you go with compacted snow & ice.
I went onto the Trinity Face where low down the snow was great neve, but the higher on the face I went the poorer snow conditions were. Did Left Hand Trinity, which began very promisingly with good ice & fairly solid snow, but as you got higher, the poorer it became. A stunning day though, which felt very warm in the sun.
Sorry no photos as I forgot to put the battery back in my camera after charging it!

My mate Carl was today out in Cwm Cneifion and emailed me the following info & pics:

'Hey Andy,
Pictures as promised. Tower Slabs were nice on the first pitch, great chewy ice. Then good neve until about two thirds the way up, then crust ontop sugary snow. Dropped down Easy gully which is stepped but solid. Up Hidden Gully, good snow, stepped, but good fun. Left Hand looked like it might go but a team did back off it. Ice in the Kitchen but nothing looked climbable. Beautiful, still, sunny day.
Cheers,
Carl' 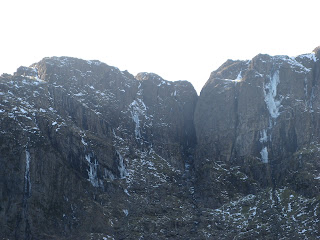 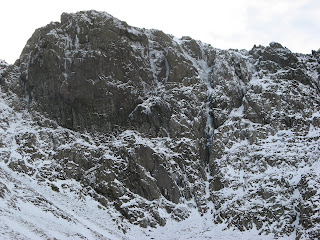 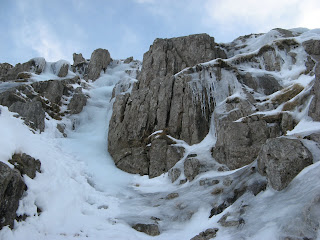 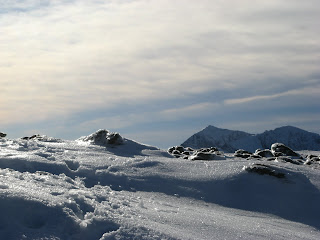 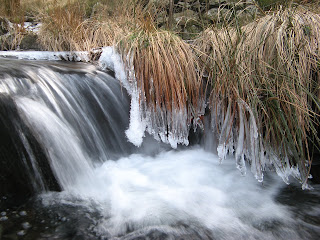